Savages is a song performed by Kerli released, as her first single from her third studio album, Shadow Works, on November 30, 2018. The song was written by Kerli herself, alongside with Even Sarucco and David Dahlquist, who also produced the track. Savages is Kerli's first solo single since Spirit Animal, released in December 2016. The music video for the single, filmed in Estonia and co-directed by Kerli herself, was released on YouTube on March 21, 2019.

Musically, Savages features two verses, two pre-chorus and two choruses but no bridge. The track is a midtempo electronic-dance song written by Kõiv, Sarucco and Dahlquist and produced by Dahlquist, under the art name of "Kill Dave". The song was composed in the key of C min at a tempo of 120 beats per minute.[1]

The song, as well as the whole Shadow Works album, is written from an autobiographical perspective, and it narrates the "story of a toxic love", and "it is an unfoldment of two human beings, their divinity and their deepest, darkest shadows".[2] As a matter of fact, Savages is about Kerli and the problematic end of her nine years relationship with Brian Ziff, a photographer and former musician she had known since moving to LA. She confessed, in a video blog, that it was "the most important thing that happened to [her]" and that the ending of their relationship was "the most humiliating, strenuous and soul-crushing experience [she] has ever had".[3] Even though both Kerli and Brian never declared officially that they were together, Brian once said, in a podcast, that her ex was "the most famous person in her country".[4] Moreover, on July 14, 2016 (a day after 13/7), Kerli posted on her Instagram account a photo with white roses and wrote: "Feeling spoiled💕✨🌙 #bestboyfriend #713", later eliminating the #713. K713 was the code that Kerli and Brian used for several years (it can be spotted various times in the Army of Love music video) and 713 was just used by Brian.

The photo for the artwork was taken by Estonian photographer Jörgen Paabu during the Shadow Works era photoshoot. The cover portrays Kerli in the role of Tantrika, the shadow part of female protagonist of the Savages music video.

The music video production, in collaboration with American filmmaker Everett Lee Sung, known professionally as IIZII, started on November 23, 2018. It was first published on Kerli's official YouTube account on March 15, 2019, but only as a private video; the official release occurred on March 21.[5] For the music video, two songs were actually used: Savages, as the main song, and Shadow Works (Outro) As of June 26, 2019, the video reached 1,4 million views. Moreover, a behind-the-scenes video was published on May 15, 2019: the video shows Kerli and her team preparing the costumes and the set objects.

As the video begins, the camera portrays Kerli being still, completely dressed in white, with a white snake around the neck; soon after, Kerli's whole figure can be seen: the snake is not on her neck, but is now twisted around a long Ahnk sceptre. As the song Shadow Works (Outro) progresses, a new, dark, scenario insinuates in the idyllic one: Tantrika, the shadow part of the female lover, is introduced. She is dressed all black, and even her hair is dark. Even though the focus returns for a while to the "white woman", Tantrika regains the attention, and the song Savages begins. The Lovers are introduced at the beginning, and they are two completely different people: the woman, presumably Kerli herself, has pale skin, a white costume and white long hair; whereas, on the other side, the man has dark skin and black pants. They lay on a carpet made of white roses, and they seem to be having a romantic and sexual encounter, judging by their poses throughout the video. As the second verse begins, Oni, the shadow part of the male lover, is introduced. The viewer can see both of the "shadows" dancing individually in front of what seems a new moon. Right in the middle of the second pre-chorus, the "white woman" is being covered with a black blanket. Returning to the main characters, the man seems to abuse his lover, choking and assaulting her with violence. When the outro of the song begins, the climax of their relationship is consumed: the male protagonist, with the sword that has always been seen in the hands of his shadow Oni only, now kills the woman, in what seems a kind of sacrifice on an altar.

On March 26, Kerli started the Savages digital storybook on her Instagram account. She said she "wanted to take [the fans] deeper into the characters and their journey".[6] The storybook consisted in seven chapters, corresponding to seven triplets of Instagram post: each chapter explored different sides of the Savages story. The storybook covers the relationship between the two Lovers, from their initial idyllic space to the final tragedy, passing through the various ups and downs.

The music video for Savages is full symbolism and deeper meaning, which often refers to Kerli's personal life experience. First of all, the two Lovers are the main protagonists of both the song and the music video. Kerli herself wrote in the Savages digital storybook, they were “just two hungry souls” who, “expelled from God’s presence, found God in each other”.[7] This story immediately resembles the Christian myth of Adam and Eve, who were banished by God from the Garden of Eden after eating fruit from the forbidden tree (the tree of knowledge of good and evil). Like Adam and Eve, the Lovers found in each other not only the complementary part, but also a piece of the divine essence. At the beginning of their story, they both exchanged love letters, and the man also promised, with "a drop of [his] blood", that their relationship will last forever. Nonetheless, he assassinated his lover in a ritual sacrifice, presumably because of the takeover of their shadows: as Kerli wrote in the Savages digital storybook, they "could not keep the innocence alive".[8]

Secondly, the opposition between light and darkness, which is present from the beginning to the very end. A similar theme is present in the Diamond Hard music video. However, in the latter, the contrast between light and shadow is represented by Vägi and the Eye respectively, which are common figures in Estonian mythology. In the Savages music video, the opposition is taken to a more personal and inner level: as a matter of fact, Tantrika and Oni are the dark sides of the two Lovers. In Jungian psychology, the “shadow” is an unconscious aspect of the personality which the conscious ego does not identify in itself. It is the home of everything one does not want to see in himself or herself. In this case, Kerli stated that Tantrika is "a master of self-sabotage", that "she fights ghosts where there are none" and that she is "addictive and addicted equally": Tantrika, therefore, has self-destructive tendencies that lead her to perceive danger and menaces every time, even when nothing can threat her.[9] Moreover, she uses "sexuality in order to avoid connecting [to people] emotionally", meaning that she uses her physical appearance to establish a social relationship with others because doing so with emotions would require a deeper and more serious involvement she is not prepared to have.[10] On the other side, the key-word of Oni is destruction: when Tantrika's ability was self-sabotage, Oni is specialized in leaving behind nothing but "dying hearts", since "he struggles with self-control".[11] The reason of this difference between the two shadows is rooted in the opposing view of "feminine energy and "masculine energy": as Kerli herself said in multiple videos, the former is about receptivity, the latter about action.[3] For this reason, Tantrika, by being subject to events, leads herself to destruction; on the other hand, Oni, by being active creation of the events, gives action to annihilation itself. These two types of destructive shadows are in opposition to the healthy and good side, represented by the "white woman", who is literally a carrier for a cure to heal the female lover.

Thirdly, the Ankh sceptre the "white woman" is holding throughout the video resembles the Rod of Asclepius, for its snake that is twisted around. In Greek mythology, the Rod of Asclepius, also known as the Staff of Asclepius, is a serpent-entwined rod wielded by the Greek god Asclepius, a deity associated with healing and medicine. The symbol has continued to be used in modern times, where it is associated with medicine and health care. Theories have been proposed about the Greek origin of the symbol and its implications. The significance of the serpent has been interpreted in many ways; sometimes the shedding of skin and renewal is emphasized as symbolizing rejuvenation, while other assessments centre on the serpent as a symbol that unites and expresses the dual nature of the work of the physician, who deals with life and death, sickness and health. The Rod of Asclepius symbol is often confused with the Caduceus, symbol of commerce associated with the Greek god Hermes. The Caduceus symbol consisted of a rod with two snakes coiled around it. This rod was represented with two wings on the top and two snakes to symbolize diligence and prudence, two characteristics very necessary in trading activities. As regards Kerli's personal interpretation of the Rod of Asclepius, she decided to add an Ankh probably to remark the connection between being alive (the Ankh us an ancient Egyptian hieroglyphic symbol commonly used to represent the word for "life" and, by extension, as a symbol of life itself) and being healthy at the same time, in opposition to the "toxic" relationship represented in the video.

Kerli performed the song live at the Shadow Works Ceremony on August 3, 2019, at Intsikurmu, an annual festival held in Estonia that celebrates all forms of art.[12]

The single received generally positive reviews. Clash writer Robin Murray defines Savages as "an astonishing blast of future-pop", and states that Kerli's voice, throughout the track, is "pirouetting into crystalline sonics".[2] Antranig Shokayan from Wiwibloggs, an independent web site devoted to the Eurovision Song Contest, positively reviewed the track, writing that "both the song and the music video are very true to the artistic style we've come to expect from Kerli". He also stated that "the lyrics have a dark edge to them", and "the imagery is sharp and it is coupled by the visuals in the music video". In his opinion, Savages "is certainly an appropriate choice for lead single".[13] Sam Bennett from Poparazzi likewise praised the track, adding that it "harkens back to the early Love is Dead days, mixing them with the delicious signature bubblegoth vibes of Utopia" and stating that "it’s quintessential Kerli".[14]

Music website Broadway World Music praises Kerli's performance in the music video: "her ethereal, other-worldly elegance is seductive and captivating, carrying with it the whispered edge of latent danger, drawing the viewer in like a fly to the spider".[15] Meikee Magnetic from Dark Beauty website wrote that the video "speaks to the heart reaching all corners of the soul" and that "the creative team behind the production uses minimal yet high art imaging that parallels the song in a perfect way".[16]

Credits are adapted from website Beatport Top Tracker and from the Savages music video endcredits.[17][5] 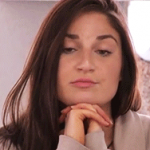