Lady Gaga is frequently linked to Kerli. Due to Lady Gaga's large amount of fame, many people are compared to her, regardless of similarities.

Although Kerli has accused Lady Gaga of stealing her ideas, she very rarely will speak ill of her and on the contrary, will praise Lady Gaga for her fame and creativity. 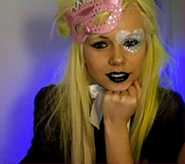 Kerli during a Kyte chat 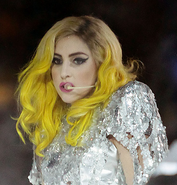 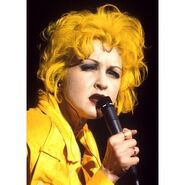 Cyndi Lauper
Despite previous usage of yellow hair, motivation behind Kerli's outburst towards Gaga came after Gaga sported the color just weeks after Kerli.
Add a photo to this gallery

Kerli soon apologized for this in a Kyte chat stating:

In 2011, Kerli dyed her hair blue after someone mistook her for Lady Gaga because of her blonde hair. Months later, Lady Gaga had the same shade of blue, most notably at the 2011 CFDA Fashion Awards.

In May, someone on Formspring said to Kerli "i love your hair!", to this she replied "Thank You. I love the blue too but it's kinda gotten too popular lately khm khm so I'm thinking of the next color already."[1] 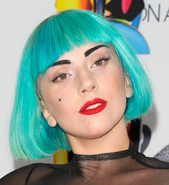 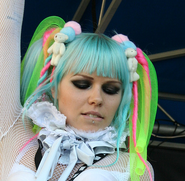 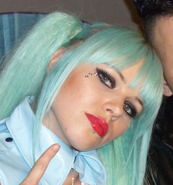 Retrieved from "https://kerli.fandom.com/wiki/Lady_Gaga?oldid=16783"
Community content is available under CC-BY-SA unless otherwise noted.