Estonian
English
Kerli: Shadow Works is a 2021 documentary directed by Anastasia Zazhitskaya and Georgius Misjura. The film was included the 2021 official selection for the Feminista Film Festival and Tour, the Stockholm Film & Television Festival and the Short Film Factory. Moreover, it was a finalist in the 2020 Sweden Film Awards. Kerli confirmed that, "once [the festival runs] are over", she will release it to the public.[1]

Kerli's latest album Shadow Works speaks to our darker side. It is closely related to Kerli's personal experiences of returning back to the rural life in the nature of her home country, Estonia, and being able to fully know and heal herself through years of solitude in the Nordic wild. The documentary raises themes as solitude, nature, ancient Estonian magic, DIY lifestyle, the creative process and most importantly, discovering oneself in the full spectrum of life and making peace with the darkness. A more intimate look into Kerli's world allows us a rare view into her creative process in the woods of Estonia and hear stories of years spent in the fast-paced entertainment industry of Los Angeles.[2]

The poster features a photograph taken by Woland for the 2015 fall edition of V magazine and a similar logo to the one used in the Shadow Works album cover (though the two fonts differ from one other). 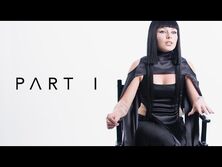 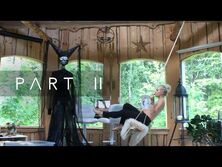 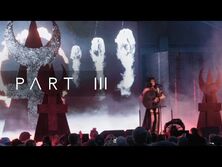