K713, or simply 713, is a code used frequently by Vespertine and Kerli. Its meaning is currently a mystery. Kerli, however, did say the meaning will eventually be revealed. Moonchildren speculate that the code means: Kerli's day of birth is 7 and Vespertine's is 13=713. K is also the 11th letter of the alphabet and 7+1+3=11.

The End of the World SuiteEdit

Frequently, Vespertine attributed quotes as coming from something titled "Deus Ex Machina". On his Facebook account, the bio is the following quote:

Later, these words have proved to be part of the monologue called, indeed, Deus Ex Machina, first track of Vespertine's debut album The End of the World Suite. Vespertine, about the "Deus Ex Machina" meaning:

Brian published on his YouTube account a video featuring the following quote, that is the opening monologue of the tenth song called I Am:

On July 14, 2011 (a day after July 13) Vespertine began posting a series of posts to his Tumblr account. The first five were text, the rest being photographs with captions. A total of eleven posts were posted from July 14 until July 25 except for the post for "Day 10" which was posted a day late. 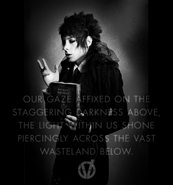 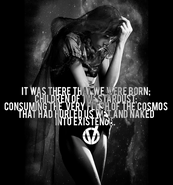 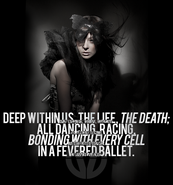 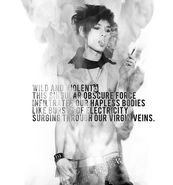 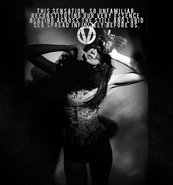 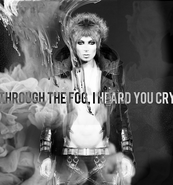 K713 is printed on her neck (Garbage bag dress) 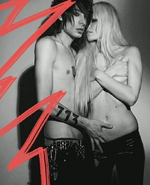 713 is printed on Vespertine's arm

Printed inside the shadow of the heart is 713. Also, note the moon marks under his right eye

Retrieved from "https://kerli.fandom.com/wiki/K713?oldid=18845"
Community content is available under CC-BY-SA unless otherwise noted.