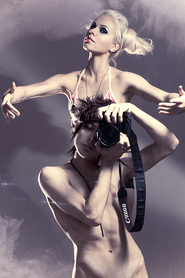 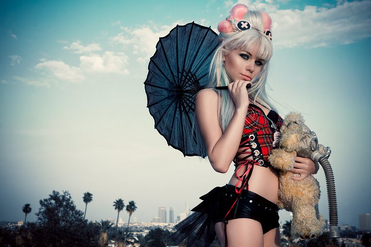 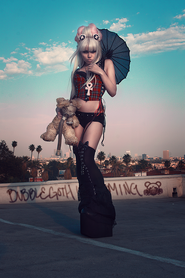 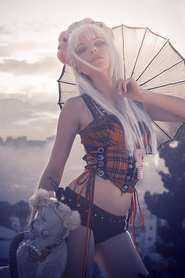 After someone mistook Kerli for Lady Gaga in Los Angeles, Kerli wanted to change her appearance by dying her hair blue. Kerli revealed her blue hair on December 7 for SXSW on Twitter. Kerli kept the blue hair, switching to platinum blonde on and off but eventually keeping the blue hair permanently for the final few months she had it until Lady Gaga began using the exact same shade of blue for her hair, leaving Kerli to change her hair color again (See Purple). 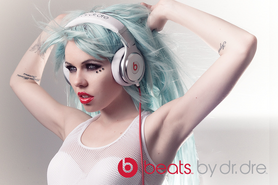 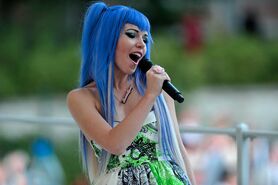 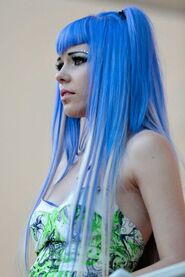 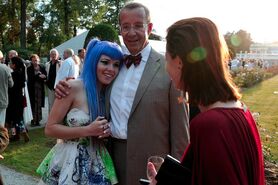 Kerli revealed purple hair mixed with previous blue hair on Twitter on July 18, 2011 and two days later posted a photo displaying that all of her hair was purple with captions "Purple!" and "My hair is now purple! What do you think?". 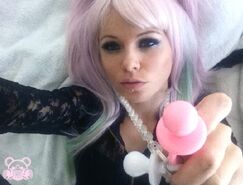 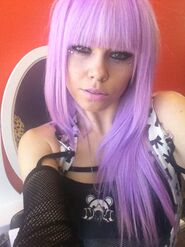 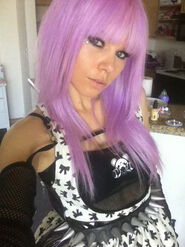 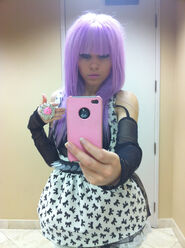 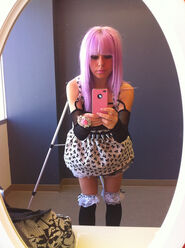 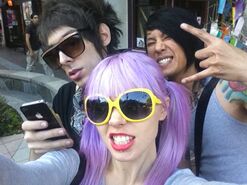 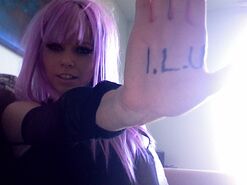 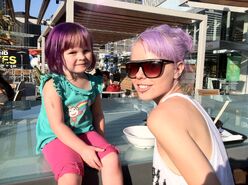