Kerli
Lester Mendez
Ago Teppand
Deepest Roots[1] is the third EP by Kerli. After realizing her third full length studio album would be released later than expected, on October 4, 2016 Kerli announced her plans to release a special signed CD featuring three of the album's singles, remixes, and bonus content previously available through her independent artist PledgeMusic project. Everyone who preordered the album was eligible to receive the CD.[2] The EP was supposed to be an anticipation of the 2016/2017 studio album, however, that album was later scrapped in favor of Shadow Works. Fans who preordered the album and obtained this EP in physical format, could find that the EP has another name written in the file tags: Deepest Roots, suggesting it would have been the name of the scrapped 2016/2017 album.

After spending the past 15 years traveling the world and exploring many corners of the planet Earth, I have found a deep appreciation for the magical country I was born in - Estonia. Last spring, I decided to start a new chapter in my way of living and returned to the woods, animals and ancient belieft of the land that raised me. The music and the visuals you are witnessing were reated during 9 month of solidute, by living an extremely simple existence in the forest, tapping into the power of my bloodline and channeling the elven heartbeat of Estonia. Thank you for listening. Moonchild K

Kerli announced on YouTube her return as an independent artist, with a new single and teaming up with PledgeMusic.[3] She opened a store where her fans could buy products like autographed lyrics, rings, stickers and t-shirts in order to support her. The store was open in the period from Feral Hearts to Blossom, released on February 19 and April 28 respectively. The date given for the album was September 2016. Meanwhile, the third single, Diamond Hard was released on July 27. In September, the project on PledgeMusic was closed and no information was given about the album. On October 4, with a video on YouTube, Kerli announced that it would have been pushed to early 2017, saying that most of the material was written and she was producing a lot of songs and writing the contract for a new music video. She also announced her plans to release a special signed EP featuring three of the album's singles, remixes, and bonus content previously available through her PledgeMusic project. Then Kerli revealed that she would compete in Eesti Laul 2017, with the song Spirit Animal.[4] She reached the final and finished second in the competition.[5] On March 9, 2017, Kerli posted a video on Youtube saying that, since the competition was over, her priority would have been the album and its finishing, the artwork and some music videos.[6] On August 12, 2017, Kerli performed in an Estonian festival called Kuressaare Merepäevad, where she sang almost all of her singles. The same show was performed at One Love Fest and at Pühajärve Jaanituli, on October 22, 2017 and June 23, 2018 respectively.

Since the announcing of the album, Kerli started a vlog series discussing her journey, expressing her spiritual thoughts, answering questions and much more.

Deepest Roots is known to be the anticipation extended play for the now scrapped 2016/2017 album, which had as first singles Feral Hearts, Blossom, and Diamond Hard. Thus, there are some songs that were registered after the release of Shadow Works, and they are most likely the songs that were scrapped along with the original third album. They are listed below.

Also, it is known that Kerli wrote three tracks for the Alice Through the Looking Glass soundtrack, and eventually none of those three songs were released officially. Of those three, only Racing Time was released for free as a promotional single by Kerli herself. Judging by the title and a possible correlation with the film's plot, it is possible that In the Ocean of Time and Follow Your Compass were both also intended for the soundtrack and eventually scrapped. 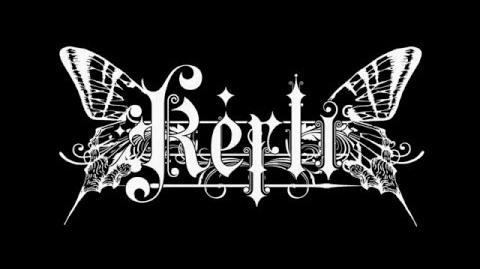